Yankees have struggled but it’s more frustration than worry 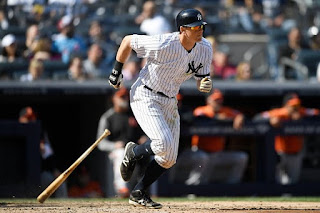 The Yankees have yet to win a series at home this year. They sit at 6-9 on the season. They have dropped Series against the Tigers, Orioles and White Sox. The bullpen has struggled, at times the offense has struggled and James Paxton and JA Happ have struggled in the rotation. Fundamentally the Yankees have played very poor on defense and on the base paths. Brett Gardner looks washed up and Greg Bird looks like his 2017 was a fluke. With all that going on the Yankees have dealt with major injuries. Luis Severino, Aaron Hicks, Dellin Betances, Giancarlo Stanton, Troy Tulowitzki, Ben Heller, Didi Gregorious, Gary Sanchez and Miguel Andujar are all on the IL. Betances and Severino are not expected back until around June or July and Miguel Andujar could be back soon or he could be out for the season.

Many of things are worrisome but overall the biggest takeaway from this Yankee start is injuries are tough and bad starts are common even for good teams. The Cubs, Red Sox and the Rockies are off to poor starts also. It hasn’t all been bad as DJ LeMahieu and Adam Ottavino are off to great starts after signing free agent contracts. Clint Frazier has started off strong after his call up from Triple A. Domingo German is off to a great start.

The Yankees have gotten off to a frustrating start but I don’t think it’s time to panic just yet. Eventually majority of the injured list players will return and the Yankees will return to form. Give the Yankees a few more weeks to get better. The team is too talented to play this poorly. The only way I could see this not getting better is if Didi, Sevy and Betances didn’t return this season. For now I expect majority of these players to comeback and the Yankees to be okay. If this keeps up I’ll worry for now I’m just frustrated.
Posted by Bronx Bombers Beat at 2:06 PM No comments: